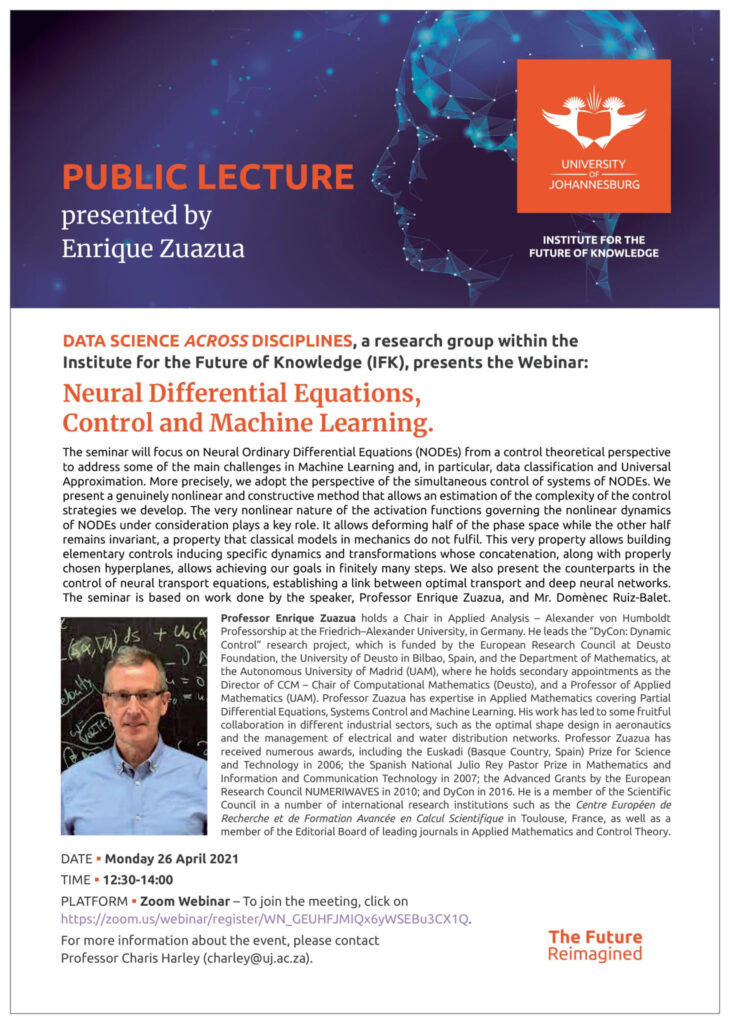 The webinar focused on neural ordinary differential equations (NODEs) from a control theoretical perspective to address some of the main challenges in machine learning and, in particular, data classification and universal approximation. More precisely, the speaker adopted the perspective of the simultaneous control of systems of NODEs and presented a genuinely nonlinear and constructive method that allowed an estimation of the complexity of the control strategies. The very nonlinear nature of the activation functions governing the nonlinear dynamics of NODEs under consideration played a key role. It allowed deforming half of the phase space while the other half remains invariant, a property that classical models in mechanics do not fulfil. This same property allowed building elementary controls inducing specific dynamics and transformations whose concatenation, along with properly chosen hyperplanes, allowed achieving our goals in finitely many steps. The lecture also focused on the counterparts in the control of neural transport equations, establishing a link between optimal transport and deep neural networks. The lecture is based on work done by the speaker, Professor Enrique Zuazua, and Mr. Domènec Ruiz-Balet. The speaker was Professor Enrique Zuazua who holds a Chair in Applied Analysis – Alexander von Humboldt Professorship at the Friedrich–Alexander University, in Germany. 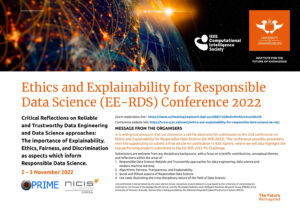 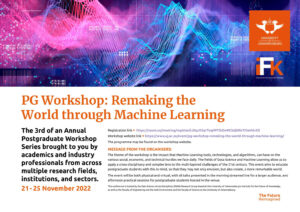